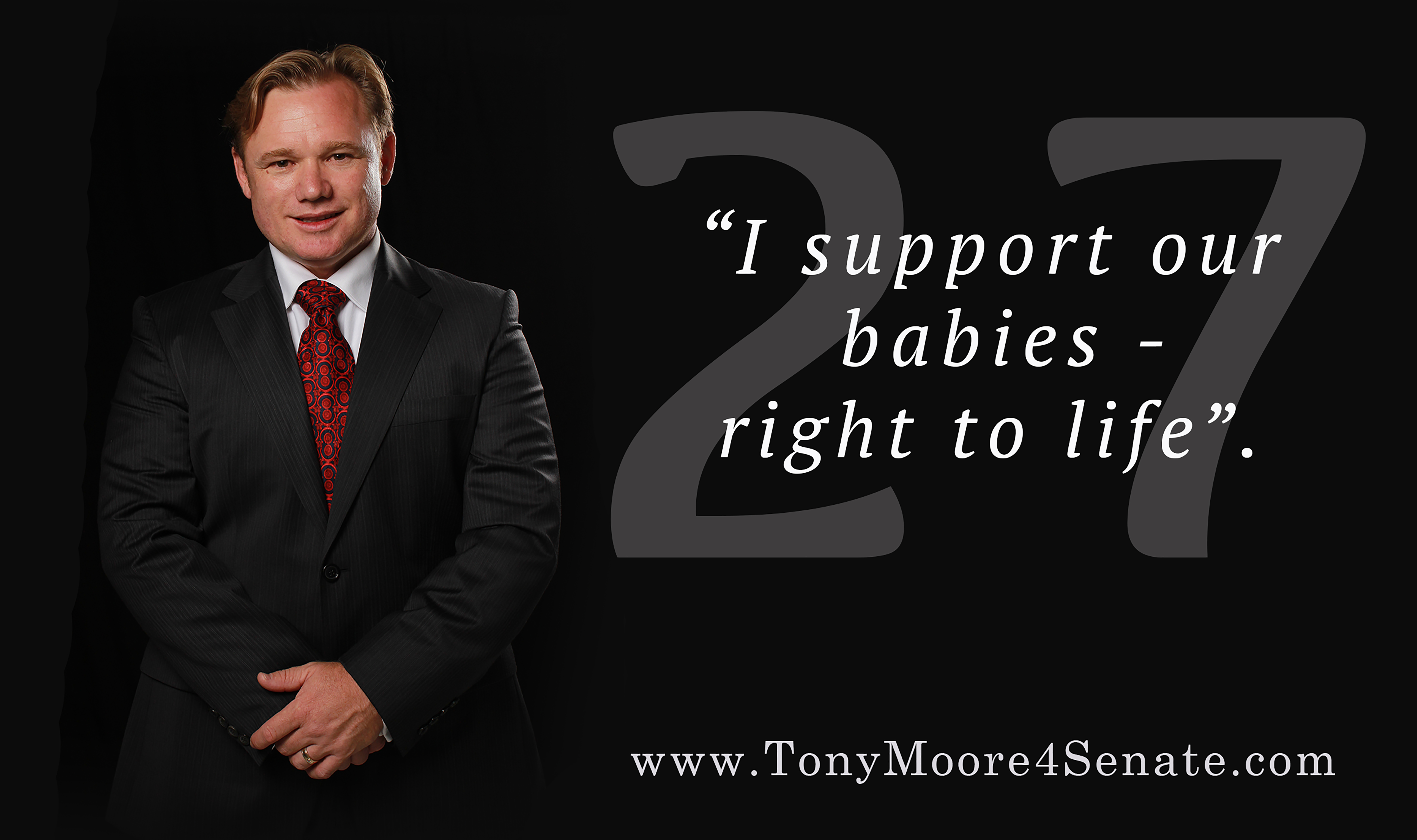 A SUNSHINE Coast-based Senate candidate has vowed to be a voice for the people rather than party politics.

And he says he’s not afraid to speak up on tough issues, including abortion.

Tony Moore, who has his own business and is a father of four, is unlikely to be seen on roadside billboards or lots of TV ads.

Instead, he is using the online platform to interact with voters on Facebook and his own website.

Mr Moore, who is no stranger to political attempts, having run in state and federal seats, said he had received hundreds of emails from voters who were largely sick of the major parties.

He says he believes good old-fashioned methods, such as a coffee or business conversation, are key to finding out what people really want from their elected representative.

“By election day, we aim to have reached half a million electors with this simple message.  True democracy is from the people, by the people, for the people.”

“This is exactly how I’ve run my campaign and constructed policy: my policy is taken from the people; I’ve been nominated by the people as their candidate; to be elected as Senator – for the people – willing, able and capable to act on behalf of the people.”

He said he had received inquiries from a wide range of people.

“For most people it’s their first time writing to a politician, they say.  Some brand new voters 18 years of age, early 20s, 30s, mid or late in life, men, women, everyday mums and dads, grandparents, carers and the concerned.

“Even rusted on red, blue and green party members and generational voters who are fed up, reaching out to jump ship”.

The majority of emails come via the ask-a-politician function Mr Moore has set up on his website www.TonyMoore4Senate.com.au.

“Political parties don’t answer questions, they pick the candidates and policy, then make you vote for them both.

“Electors are just so relieved to find someone else to vote for”.

Mr Moore has an MBA and qualifications and experience in business, management, psychology, child protection, legal studies, the creative arts and a trade, and is currently studying a Masters in Politics and Public Policy.

He says he has a “genuine heart for the people” and solid grasp of complex and emotional or politicised issues”.

The former Family First candidate has unashamedly jumped on moral issues, including the death of 27 babies following the failure of late term abortions in Queensland.

“As a centrist politician my commitment is to represent all people, individually and fairly; to bring policy back to the political centre,” Mr Moore wrote in a post on Facebook.

“I do this by identify bad policy which exists in offence to Australia’s Constitutional underpinnings of individual equality before the law and an individual’s right to live without interference that leads to an early death.

“So I will not walk away from my responsibility to the unborn, who have no voice in this debate, regardless of what heat comes my way, I’d be a fraud to remain silent or ignorant.”