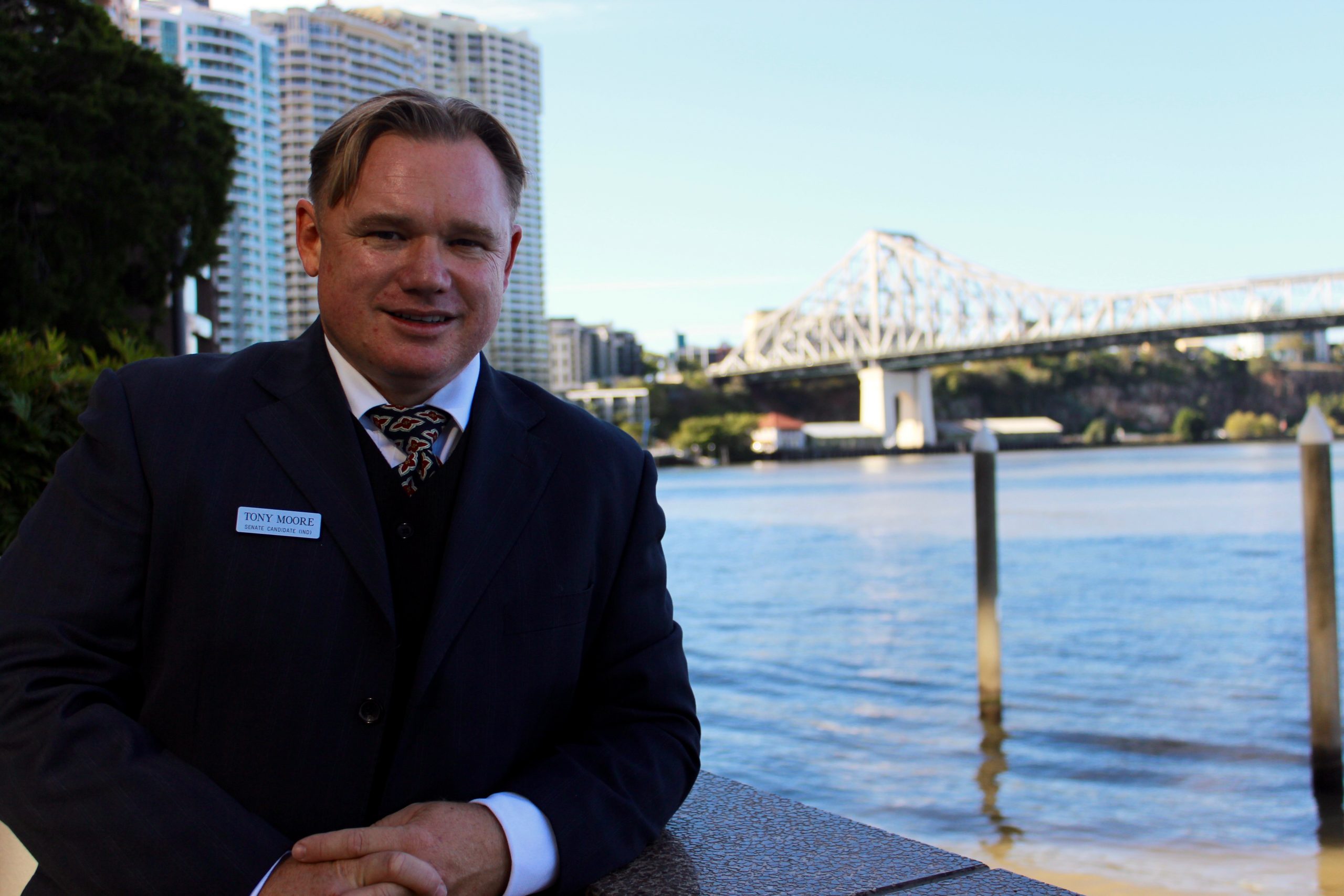 Posted at 10:10h in Media Releases, News by Tony Moore

A Sunshine Coast businessman and business adviser has confirmed he’ll stand as an independent candidate for the Senate in the next election.

Tony Moore says his decision was motivated by the Australian Government’s nonsensical and repeated introduction of bad policies that have negative impacts on costs of living.

The controversial process that has led to the possible double dissolution election is among the poor policy directives.

Mr Moore has studied politics and public policy and been a candidate previously. He has experience as a cabinetmaker, in child protection, and as a small businessman, and has qualifications in psychology, business and law.

He is the first Sunshine Coaster to announce plans to campaign as an independent to win a Senate seat.

Mr Moore said cost of living pressure remained the number one issue impacting families and residents across Queensland, yet policies like the Carbon Tax, the Trans-Pacific Partnership and recent talk of tax reforms and an increase in GST, were beneficial to only a few and therefore bad policy.

“In a genuine democracy, the people choose both the policies and the candidate to carry those policies to success,” Mr Moore said.

“But today, in a reflection of that old saying that ‘you can’t serve two masters’, political parties provide both the policies and the candidate, and simply they have no need or desire to do anything outside the party’s instructions, policies or best interests.”

Mr Moore is campaigning for a Senate role to ensure the presence of a sensible voice in Parliament, able to speak freely about good and bad proposed laws, regardless of the party promoting them.

“I’ve waited a long time for others to step into that space, but now I’ve decided I need to address these things or I’ll be leaving these problems to my kids to inherit,” he said.

“People are tired of paying for the costly mistakes and mismanagement of politicians and they need a representative who is tenacious, uncompromised and aware of their best interests.”

He has various policy priorities, but they all impact in some way on the cost of living for ordinary Australians – the policies range from restoring political accountability, fresh policies to tackle unemployment, nurture innovators and entrepreneurs, ensuring that mega-businesses are made to pay their fair share of tax in Australia, and the introduction of a national system of child protection.