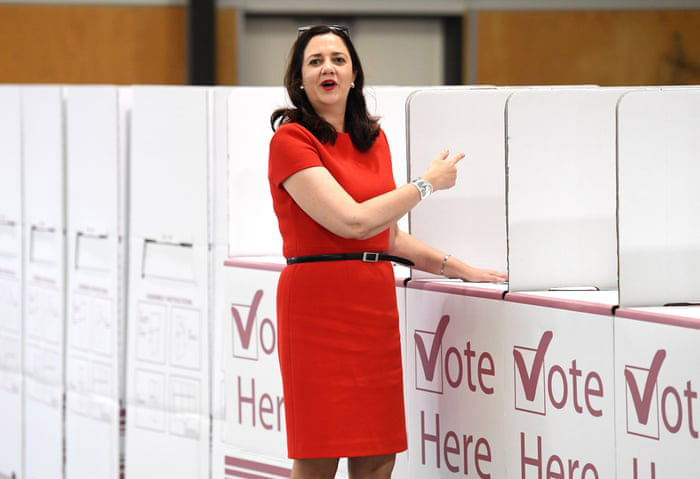 It’s funny you know, the other day as I was caught sitting at a set of light – while the gap between politicians and bad street performers narrowed – I found my attention drift from their ‘look-at-me signs’ and clown-waving, onto a sick and vomiting dog. At first I was concerned for the dog, but then it surprised me. After vomiting, the dog looked up and around – as if to see if anyone was watching – and without a second thought licked it’s vomit back up before running over to urinate on an election sign.

Half still ill, and half laughing, I found myself thinking about political history, dogs, their behaviour and associated proverbs, that strangely made great sense and metaphors to help me fill out the election ballot on Saturday.

So here’s my ‘dog-inspired’ election day voting wisdom, tips or tools to get you in the right frame of mind:

Proverb 1: ’He who serves two masters must lie-to, or deceive one’ Back in 1915 – under the determination of the then Labor government – Labor set about removing Queensland’s Senate to allow easier passing of Labor laws. There were many attempts over several years including a referendum on the matter in 1917, which the people voted down by 62 909. But Labor ignored the people’s voice and pursued our Senate’s removal through stealth.

Ultimately, Labor self-appointed 14 more Labor members to the Legislative Assembly (lower house) giving them the majority decision on the matter – overriding the people’s vote and removing the people’s voice – and so in 1922, Labor abolished the Queensland Senate. Since then the people’s voice, parliamentary representation and accountability have fallen to untenable and unacceptable levels.

Proverb 3. ‘the lion does not turn around when a dog barks’ If Queensland is ever-to get control back of its self, the lion in-us must rise up and put these metaphorical political dogs and dinosaurs behind us. We must take the lead, not fall behind in fear.

Take a look around: ‘Liars’, ‘deceivers’, ‘the corrupted’, ‘bullies’, ‘thieves’, ‘the selfish’, ‘scandalous’ ‘dishonest’ and ‘out of touch’ are just some of the headlines and scandals that political parties find themselves spin-doctoring their way out from, and we keep voting for that dubious character and result, and I why wonder? We expect more from our elected leaders, but we consistently get less. We protest vote, or don’t vote at all and think that makes a difference, but it only gives more power to political parties by removing opposition. We remain uneducated in basic politics, election process or political history and wonder why 26% of young people don’t even bother registering to vote. Like the circus lion that’s turned into a mouse – over time, and with great training and strategic wearing down – we have come to see ourselves as passive participants in their game of politics and monopoly. Disenchanted voters, we see ourselves as powerless, voiceless and small.

It’s no wonder why, since the very first Queensland parliament in 1860, political parties have been

masterful to create and foster ‘interdependency’ between themselves and the people. Political Parties have surreptitiously shaped the people to be dependent on them for their electoral candidates, election policy, legislation, political advice and success, and these parties remain dependent on the people’s disenchanted or inherited voting behaviours.

Elections have since become no more than a vote-harvesting competition and exercise – where the winner is the one with the biggest marketing budget and poly-media buy-in – who simultaneously holds out the biggest carrot to the people, while beating down all opposition into embarrassment or public stupidity.

Proverb 4. ‘A dog cannot serve two masters – it either serves the party or the people’ Queensland’s parliamentary history makes it clear, political-parties have never been the solution to the people’s needs, nor are they the leaders to Queensland’s future and prosperity. The people are, and have always been.

Ultimately what our Queensland parliament needs is ‘independence’. Independence from political- party’s self-serving agendas – their monopoly, tyranny, skullduggery, dishonesty, manipulations and poor, or complacent parliamentary representation – but without a Senate, parliamentary reform or significant change in our voting behaviours, Queensland will remain forcibly strapped onto this tired old duopolistic political pendulum of modern day party-styled feudalism that we all know as the two-party preferred system.

It’s time to raise-up that Queensland-Lion inside us each and give the people a chance.

When you vote this Saturday, find the lion inside and vote for Queensland.