In early 2009, Tony completed the full Child Safety Officer training – recognised as Graduate Certificates in Child Services Practice (Client Assessment & Intervention), and Child Services Practice (Client Assessment & Intervention – and followed this up with qualifications and capabilities in: Court services coordination; Indigenous Engagement; Complex Trauma, and Forensic interview techniques.  Adding to these, Tony went back to university gaining a Graduate Certificate in Legal Studies to support the legislative underpinnings of the child protection framework.

With growing exposure and knowledge of governance, government systems, decision making processes and how they operate out of the public’s eye, Tony began to see ways to change things to be more efficient and effective in child protection, but that meant challenging the status quo, the department (at times), and other competing agencies to maximise the benefit for children in care.

As such, this success came at a price he said. “The more you care about doing what is right, actually often no more than what you are lawfully required to do in these roles, the more of yourself you must invest, and as a consequence the more you will be required to go against the system.  There is always a personal and professional cost to deliver what is right and what is needed”.

Known by some of his workgroup as the “pit-bull of child protection” for his tenacity and pursuit of ‘what is right’ and ‘doing right’ by each child, it became clear that there was little future for Tony in this department; at this level, and at this time.

Tony says, “sometimes when a vision or objective is limited by perspective – orientated only around theories or restricted by limited management or skills – behaviours and caustic cultures quickly develop and can become rusted-on.  The result over time is that a system becomes so entrenched in a rhythm of dogmatic risk-averse pursuit as ‘progress’, that leverage or breaking free from such things, can only be achieved by aggressive reforms lead from the top down; or forced from tragedy.”

In 2011, Tony saw much of government, but particularly child protection and its service deliveries, as such a machinery. “It desperately needed to be ‘broken together again'”, and politics was the mechanism best suited to the task.

“It’s my belief, though more like my collective experience and knowledge, that politics has been expertized intentionally by governments and political parties, to keep real people like you and me, out of their way”, he says.

Having little prior care or concern for politics, their manipulations or their musings, Tony was faced with a window of opportunity, to either remain silent in front line child protection work – becoming one with the problem – or pursue a solution elsewhere.  Tony had been tracking and analysing pathways, systems and processes for their ability to affect successful change in these spaces.  He sees the Federal Senate as the place where the greatest positive impact could be deployed and from which proper oversight could be maintained.

“Much of the systemic organisational dysfunction and failures, could be eliminated with a national system of child protection, synergy, information sharing and oversight.”

Following his employment with the Department of Communities – Child Safety in 2011 Tony went straight back to university and gained an MBA (Master of Business and Administration) graduating in 2013.

In this same year Tony entered public politics as a State Candidate for the seat of Buderim, held by long-term LNP State member Steve Dickson.

He says, “I learnt many things during that election. My specific focus was to psychologically analyse domestic voting behaviours, knowledge and responses.  But what surprised me was how little voters actually knew about politics in general.  It reminded me of my self and where I started.  The thought came to me though, I hope everyone does not have to go through all I’ve been through, just to understand the importance and responsibility that each elector has to seek out and vote for candidates that represent their values, vision and beliefs.”

The following year, Tony entered Federal politics as a Federal Candidate for the seat of Fisher, which was held by long-term MP Peter Slipper, and co-contested by LNP’s Mal Brough.

Tony said, “I knew that people were feeling exactly what I had been ten years ago, frustrated, disenfranchised, angry even.  This campaign was built from a platform of transparency, integrity, and doing what is right by the people, not what is right for the party, or right for myself.”

Tony says, “It’s ironic really, I’ve spent almost a decade acquiring knowledge, skills, business and political qualifications, and experience, to be learned; to be a formidable. To be an effective and efficient advocate – to bring a new level of integrity, accountability and people-focused decision making and outcomes to Australian politics – and the people just vote the same old way; and then complain that it makes no difference who you vote for, as all politicians are all the same.  Well I could be insulted, but I’m not. It takes time for the people to know that I exist, to know what I can do, and time will eventually make this possible.”

“Even so, politics is too important an issue to leave to political parties and their politicians to expertise, manipulate and control – lest we forget”.

He says, “each election setting and campaign is an opportunity to highlight issues; good and bad policy; to expose inequalities; traverse disadvantage; test a theory; or learn something new. Unfortunately the 11th hour changes to Senate voting rules prior to calling the 2016 general election, were designed only to remove competition of a two party preferred result. The travesty of this is that few can recognise this for what it is, and even less are willing to do something about it. Regardless, it’s my belief that unless the media (particularly) – but importantly the electors – can look beyond parties, their rhetoric, programming and scripts, to seek-out individual candidates who share their values, and who are capable and qualified to represent their constituents. We can expect many years of minority government; wading through dirty politics and laundry, conspiring in hostile take overs, mobilised by bitter jabs, all to keep their claws in power.  Ironically only ‘we the people’ can stop them.”

Tony completed his second Masters in mid 2017, a Master in Politics and Public Policy. This achievement demonstrates Tony’s ongoing commitment to politics, and showcases his multi-disciplined knowledge, diversity and adaptability.

He says, “yeah sure… I can swing a big hammer, design and build amazing stuff as a craftsman and artist; But I can also manage people and administer businesses; as well as analyse complex, consequential and emotional political issues. To me, it doesn’t matter what sphere I’m working in, I have built a tool bag of diverse knowledge, skills and abilities into a highly adaptable and transferable arsenal, so I can run with the bulls, play with the symphony, or punch with the best of them.“

Currently Tony shares and volunteers his capabilities with small diverse groups of people all over Australia, some suffering, others oppressed and some needing a helping hand or partner to fight with them and help them rise above the demons that they each face.

Tony lives on the Sunshine Coast with his wife and four children, and is committed: to the people of Queensland; democracy; the rule of law; the idea of ‘we the people’ (the Sovereignty of the people); and that of acting and representing the best-interests of Australia, society, and its future. 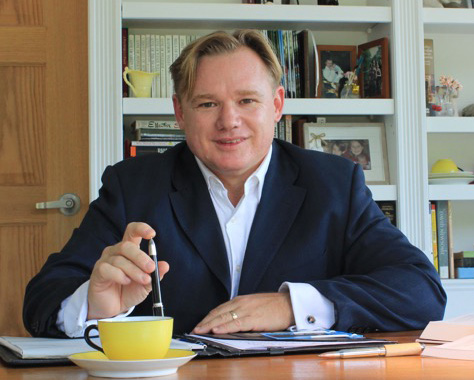 “It’s my belief, though more like my collective experience and knowledge, that politics has been expertized intentionally by governments and political parties, to keep real people like you and me, out of their way”